It was quite a big deal. I was only 21 and I quit my job after only one year (it was my first job). The Startup wasn't too original, it was basically a web agency for other startups in Paris...

We were 2 friends working on this. A builder (me), and a seller (my friend Thomas). It went well, but then it went down because of financial issues. Two and a half year later, we went bankrupt.

I was 23 or 24 at this time, and I started to work again as an IT Consultant for some big company. I was an employee with a permanent contract, with a very low salary and not enough time to work on anything interesting.

One day my old partner told me that his family lawyers were looking for a developer to build their new website. I contacted them and I basically build a simple Wordpress website for them. They were quite happy with the result and they told me:

Client: Listen, we have this idea, this big online-social-network-CRM that we want to build for our company and use with our clients. We know there are a few solutions that already exist, but we want our own thing.

They're quite entrepreneurial as you can see.. They continued:

Client: We know that you're currently employed full time, and thus have not enough time to build something like that, but if you can work on the side of your job, you could make some extra money

Me: That's awesome! As I'm not super well paid at the moment, I would love to do some extra work! With my current schedule, I can work for you approximately 2 days per month. That will give you some time to see the product grow and take the right decision during the process. Sounds good ?

And that's how I made an extra 800€ per month over the last two years.

Now, this small lawfirm in Paris not only has a full featured, taylored CRM that allows them to chat with their client, manage their business cases and documents, but also didn't pay 50k€ at once to some web agency to see their idea come to life.

Instead, they hired me, a semi-freelance developer, that helped them take the right decisions in the building of their product. Yes it took them a long time to have their perfect product. But at least they are overly happy with it, because they had the time to watch it grow and adjust every detail on the way.

Furthermore, paying 800€ per month is much much more easy to manage that a full 50k invoice from some web agency.

It was a win-win situation.

I presented the idea to a friend who is also a developer.

The idea was a kinda network-oriented-job listing platform where freelancers could "hire each other". In order to sign in you would need a valid VAT number.

We thought about two things:

Those two ideas were heavily criticized by the community (both on the official laravel slack channel and on reddit).

We had so much negative feedback that we completely abandonned the idea.

But damn I wanted for such a website to exist!

Seriously, do you know any job board where you can find a side project to work on ?!

How do you even find a client like the one I had ?! That was a perfect situation to make extra money !

Ugghh.. it HAS to exists.

It HAS to exists because web developers can't launch a business alone.

It HAS to exists because project manager can't launch a business alone.

It HAS to exists because sales and marketers can't launch a business alone.

It HAS to exists because designers can't launch a business alone.

There are 3 personalities required to start a business:

(Doesn't need to be 3 different people)

Well, IMO, he forgot the designer ;)

That tweet alone gave me the motivation to build the platform.

So I finally build it

Way simpler that what I originally thought of. Way faster. Way better.

At first I wanted it to be aside.works or sideproject.tech or something like that... but then I bought findamaker.io. Way, way better domain name, and the indie hackers community approved.

Powered by Algolia Instant Search, I made a VueJS / Laravel Single Page Application in less than a month.

On twitter I tried to be as open as possible about the development process, but I don't have enough followers to gather enough feeback, so I kinda built it my way. Plus, I'm not that good at tweeting stuff regularly, but I'm trying !

Finally, after the nginx setup was done on my server, I was able to release findamaker.io. Well, "release" is not the best terminology here, because I didn't make any big launch yet. But there it is, fresh and available.

Thanks to Algolia Instant Search I now launched the fastest job listing website ever (probably) (joking).

As you've seen above in my little story, you might think the primary target (those who will pay to post jobs) of the platform are going to be small companies looking for developers / designers.

What if I told you anyone can use it ? 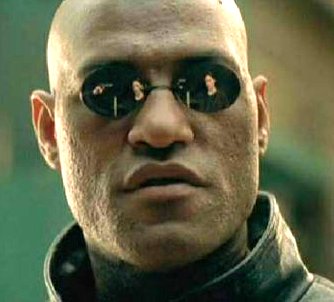 You're a programmer and you got an idea for a great product ? Then you can use findamaker.io to find a designer or a marketer to partner with you.

As long as you have the intention to build something, you shouldn't be stopped because you're alone

To find a great partner to build a business not only brings you more motivation, but also gives you more chance of success.

I consider myself as an IT Business Artisan. Or Consultant CTO if you prefer. I'm a self-taught Web Developper, coach and teacher. My main work is helping and guiding digital startups.

A weekly email with the latests articles

7 Things That Will Make Your IT Company The Best Workplace, Ever